Dit meldde de Bogdan Bashtovy Directeur van onze School/ Weeshuis in Kyiv:
Verzonden: vrijdag 15 april 2022 00:40
Dear Dutch friends,
Thank you so much for another donation to our account. 1000 euro arrived in our bank account on April 12.
It will definitely be a huge help, as the needs have only been growing.
My sincere thanks to everyone who sent their contributions and has been supporting our activities.

De speciale school van I-II rangen. №12 in het Darnytskyi-district van Kiev
1
De verdwenen (door russen gekidnapte?) Igor
The woman in the photo I sent you last time was a person with disabilities whom Igor Kosa (één van de jongeren die als vrijwilliger voor de NGO werkt) brought to safety.
Unfortunately, after that trip Igor disappeared and has been missing ever since.
He loaded up his van with medicines and joined a caravan of humanitarian cars heading to Kherson.
It wasn't an official 'green corridor' - there are still no official corridors there.
Just some brave volunteers who negotiate with the Russian soldiers at their own risk, mark their cars with white flags and red crosses, and bring medicines and food to the occupied regions.
Anyway, someone called Igor as he was driving and asked to stop on the way to take another box of medicines, so he made a detour and lost the caravan.
The other cars made it safely to Kherson but Igor's van never arrived.
All the other volunteers in Kherson did everything to search for him but all they managed to find out that his phone signal was lost somewhere in Mykolaiv Region as he was driving to Kherson.
Needless to say, everyone is shocked and extremely worried.
There is still a slight hope he may be alive in a hospital somewhere or held by Russians in some basement.
But we realize he may have been killed by the Russian soldiers like many other volunteers.
2
Bericht van Aleftina (leidinggevende van één van de grote tehuizen voor kinderen met meervoudige beperkingen)
She is in Oleshky (aan de andere kant van de Dnjepr bij Cherzon).
Her daughter, son-in-law and granddaughter are there too. She is depressed like most of us right now.
Oleshky is under full control of the Russian troops and they are making tranches there, preparing to fight the Ukrainian army.
Kherson region in general has been one big disaster zone. The city is not under fire, but the villages are.
Many villages have been destroyed completely by artillery fighting. People who managed to flee come to Kherson and then try to go to other regions of Ukraine or abroad.
But many people are blocked in their villages and they are not allowed to leave.
Food is not available, or costs 5 times more than in Kiev.
People don't have jobs and have no money to buy it.
Medical care is not available. Doctors in hospitals don't even have simple pain killers. It is just terrible.
One of our graduates managed to run away from one of Russian-controlled villages with two of his friends.
They were really risking their lives but thank God they managed to get to the next village where people hid them, and in the morning, someone took them to Krivoy Rog.
We helped them find an apartment there and they are now in relative safety (no place in Ukraine is safe at the moment).
For almost a month they had no electricity, no water (they took water from a well), no food (they survived eating homemade food like pickles and jams saved in their storage), no Internet, no phone network...
So the first day in Krivoy Rog was a real shock to them - it was very unusual for them to see people walking on the streets, stores open, people using their mobile phones and Internet..
The war makes people realize how much they had...
3
Hulp in Kharkiv
Anyway, Kharkiv has been shelled non-stop all this time. 1671 residential buildings (apartment complexes) have been destroyed in the city.
Thank God, the dormitory where Grisha and our other graduates live has not been damaged.
They were without any water for 5 days though after a water-filtering station was damaged.
It is amazing but most food stores have been open in Kharkiv,
so our graduates could go buy food and pay with their ATM cards.
4
The Support Center has been helping orphanage graduates from Donbas region relocate to Kiev or Western Ukraine.
The most disturbing situation right now is in Donetsk region.
People have been told to leave the region because of the big battle expected there in the next week or so. It is terrible!
That is one of the most densely populated regions in Ukraine, and people just don't know where they can go. Many refuse to leave their homes.
Many simply can't. It is just heart-breaking. The Support Center has been helping orphanage graduates from Donbas region relocate to Kiev or Western Ukraine.
Of course, Kiev is still under threat but it is safer here than in Eastern Ukraine right now. Valentina from Mykolaivka chose to stay.
We have offered her places in Kiev or in other parts of the country but she doesn't want to leave her town.
We are all very worried about her. Aleksey from Pokrovsk, his wife and mother-in-law, as well as older graduates have moved to a village in Western Ukraine.

5
School /Orphanage 12 in Kyiv
I (Bogdan) continue to live at School 12 in Kiev and run the Support Center together with my helpers -
We help people evacuate (find places for them either in Ukraine or abroad), host people in Kiev (buy extra beds, mattresses, heaters),
We also stay in touch with all of our graduate who moved to other countries to make sure they are safe.
I have to close here and go get some sleep.
Thank you all for being with us during such difficult times.
Best,
Bogdan
6.
Voedsel voor omliggende dorpen in Kyiv 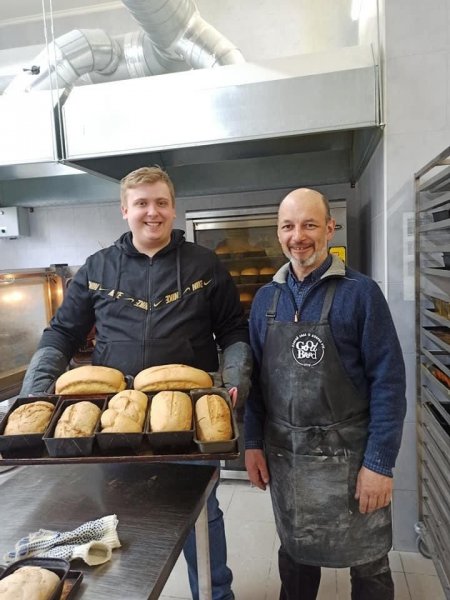 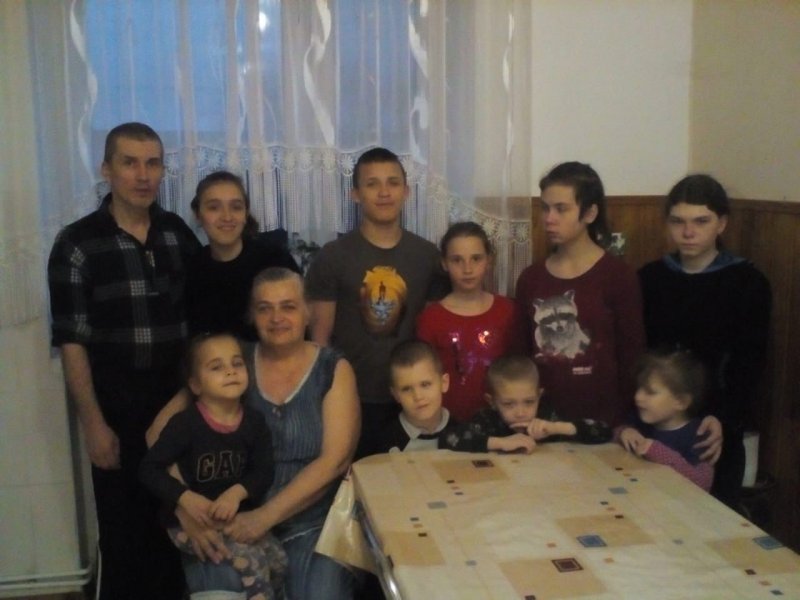