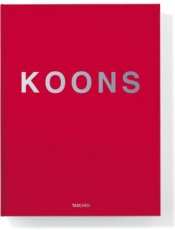 JEFF KOONS
The Post-Pop Superstar
An in-depth study of Koons’s entire œuvre to date
Limited to 1,500 numbered copies, each signed by Jeff Koons
From kinky to kitsch to conceptual, Jeff Koons’s art is anything but conformist. Since he stirred up the art world establishment in the 1980s with his unapologetic basketball sculptures and stainless-steel toy blow-ups, Koons has been known as somewhat of a bad boy—a reputation he confirmed in the early 1990s via works depicting him having sex with then-wife Cicciolina, the Italian porn-star-cum-politician. But at the same time he charmed the art world with Puppy, a 40-foot-tall floral terrier that now resides at the Guggenheim Museum in Bilbao, Spain. Koons’s exploitation of the banal, in the aggrandizement and/or embodiment of kitsch and pop imagery, has become his trademark. Detractors may delight in their naysaying, but Koons’s work commands millions at auction and his position at the forefront of contemporary art is indisputable.
This exhaustive monograph begins with a biographical essay by Ingrid Sischy who tells the personal story of a dedicated artist unwilling to compromise his work even in torrid times. An essay by Eckhard Schneider sees Koons from a European perspective. Arranged in chronological chapters by work groups, the main body of the book features art historian and critic Katy Siegel’s detailed analyses alongside hundreds of large-format images, tracing Koons’s career from 1979 to today. Fans of Jeff Koons’s work will find in this publication not only a sumptuous book-object, but also the most comprehensive study of the artist’s work ever published.
The authors
Eckhard Schneider was head of the Nordhorn Municipal Gallery 1976-89, business manager and artistic director of the Kunstverein Hannover, 1990-2000, and Director of Kunsthaus Bregenz 2000-08. His is currently general manager of the PinchukArtCentre in Kiev, Ukraine.
Katy Siegel is an associate professor of art history and criticism at Hunter College-CUNY, and a contributing editor to Artforum. She has written extensively about modern and contemporary art including, most recently, catalogue essays on Richard Tuttle, Takashi Murakami, and Dana Schutz.
Ingrid Sischy (1952-2015) was a Contributing Editor for Vanity Fair. A former staff writer, photography and fashion critic at The New Yorker, she was editor in chief of Interview, 1989-2008. She has profiled Keith Haring, David Hockney, Jeff Koons, Nicole Kidman, and Madonna, among many others.
The editor
Hans Werner Holzwarth is a book designer and editor specializing in contemporary art and photography. His TASCHEN publications include Collector’s Editions like Jeff Koons, Christopher Wool, Albert Oehlen, Ai Weiwei, and the David Hockney SUMO A Bigger Book, as well as monographs like the XXL-sized Jean-Michel Basquiat and survey books such as Modern Art and Art Now! Vols 3 and 4.
Jeff Koons
Edition of 1,500
Eckhard Schneider, Katy Siegel, Ingrid Sischy, Hans Werner Holzwarth
Hardcover in clamshell box,
33 x 44 cm,
606 pages